It’s a situation where couples that are young and healthy and haven’t been successful in conceiving a child for almost 12 months to a year without success. It is the inability of either the male or female or the combination of both human couple, in their biological contribution to conceive a child after a number of times trying. Approximately 12% of American women (7.2 million) are infertile and that does not include those who have been physically impaired. Some cases of infertility are easy to spot and treated, while others are not. About 65% of the time the factors are related to the woman’s fertility and in 20% of the cases it is related to the man’s. About 15% of the time the cause cannot be identified.

What are the Causes of Infertility?

Infertility affects both sexes, each may have their different causes. Men’s infertility is often caused when the veins on their testicles are big. These naturally heats up the testicles, which in turn impact the number or shape of the sperm. Abnormal sperm shape may have difficulties on its movement. While sometimes injuries or other damages to the reproductive system can block sperm flow.

A woman does not tend to be fertile when their ovaries did not mature nor have produce eggs. Another problem affecting women is when there is damage to the fallopian tubes which may have been caused by infections. Other factors that can affect a woman’s chances of conceiving include being over- or underweight, tubal blockage, previous tubal ligation, uterine problems or her age as female fertility declines sharply after the age of 35.
Sometimes these problems can occur simultaneously which can greatly decrease the chance of being pregnant. And some causes are never known or established. For better knowledge of the cause of infertility have yourself be examined by a doctor.

What are the Treatments for Infertility? 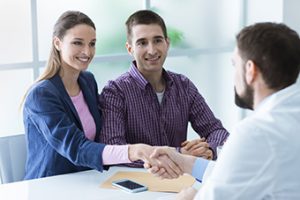 Depending on the diagnosis of the Doctor on to what have caused the infertility in females, he or she may recommend some medications such as Milophene, Clomid or Serophene. This pill will stimulate the female’s ovaries to release eggs, so it improves the chances of getting pregnant. It is often tried first because it is considered safe and effective. When Infertility causes are much more severe and complicated, surgery may be applied, where only trained urologists are proven effective to do task. Especially when the reproductive system normal flow of ovary eggs are block due to some certain circumstances.

Treatment on men depends on the particular problem that is found. If, for example, the vas or other parts of the reproductive tract are also blocked, microsurgery is usually successful in removing the affected area and reconnecting the cut segments. If the man has low levels of hormones, certain injections can stimulate the production of sperm. The success of these treatments depends on the nature, severity, and often the duration of the problem.

Another alternate method of pregnancy is through artificial insemination. This involve getting healthy eggs from the ovary and getting healthy sperm from the male, uniting them both in a laboratory setting, with the aim of producing one or more embryos. When the fertilized egg is stable and strong, it is reinserted into the woman’s reproductive tract, in a procedure called embryo transfer, so that continue fertilization of the egg occurs in the mother’s womb.